Last weekend saw a spectacular end to the 2021-22 arena season, with 4 fantastic matches played over 2 days for the Renshaw Trophy. 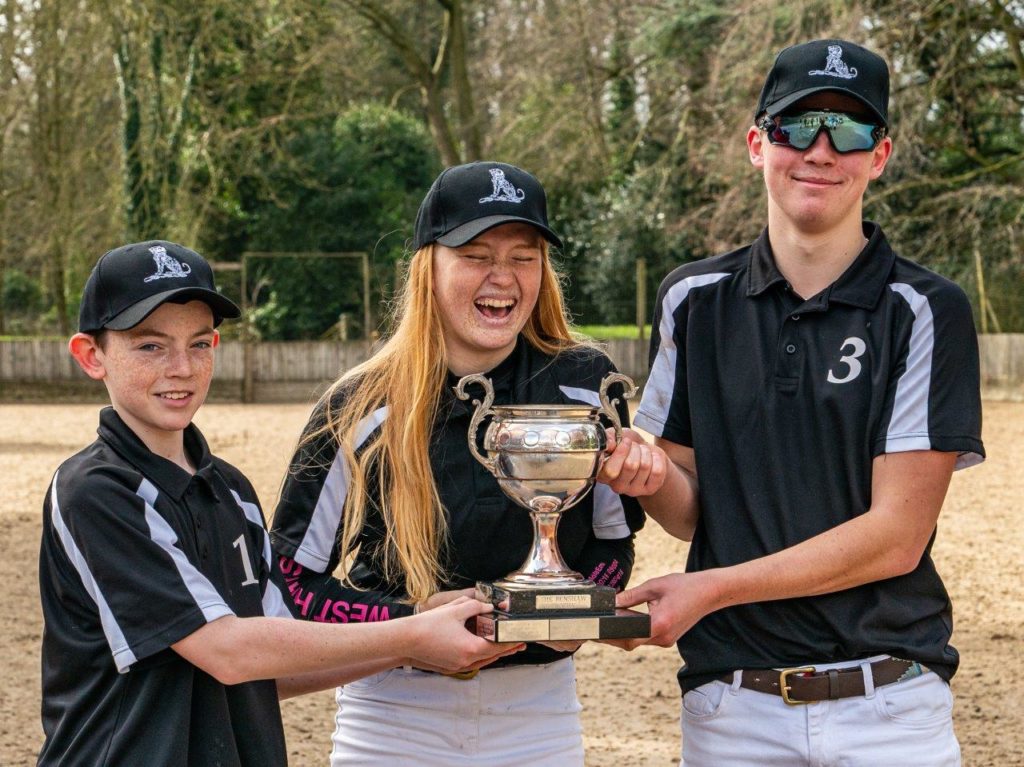 The finals on Sunday, saw a draw in the subsidiary final (7-7) between Harris Hound Art and Data IS.

The final proved a gripping match, being won in the final seconds by a flashy goal from Jacob Watson, leaving the score at 15-14 in favour of Black Aces when the final bell rang.

However, the RAF didn’t leave empty handed, due to their consistent team work throughout the 7 team league, they took home the Chattanooga Plate for winning the league. 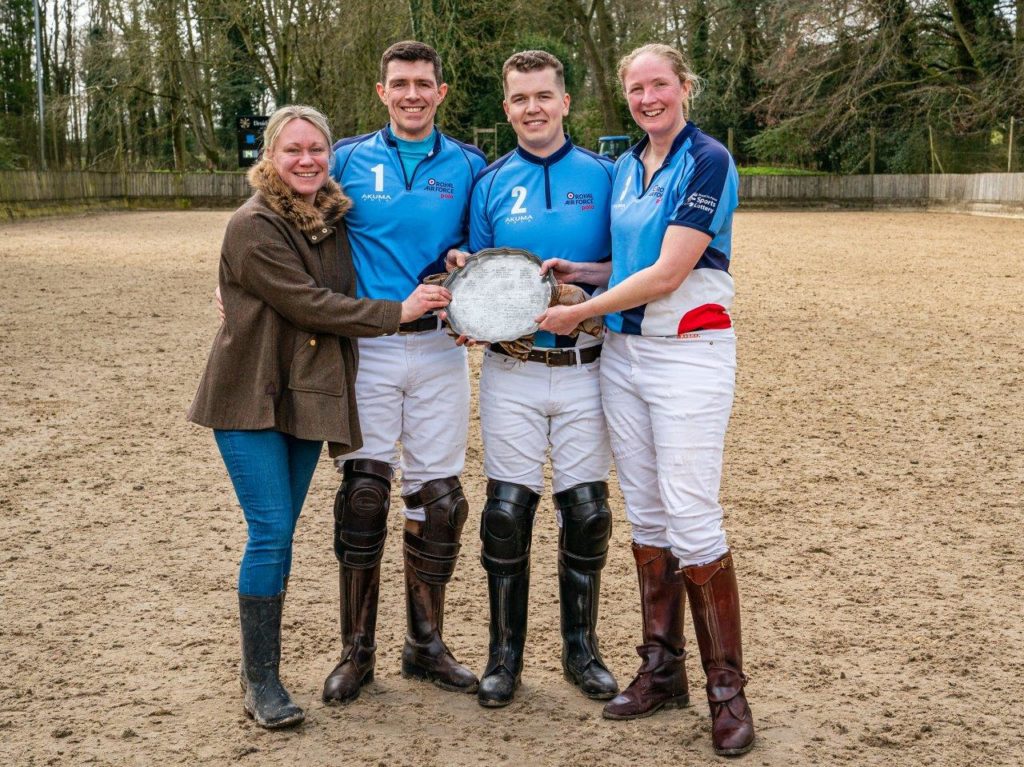 See you out on grass! Chukkas start on 14th April, lessons and ICs will continue until then, in the arena for now and on grass once the grounds dry out. 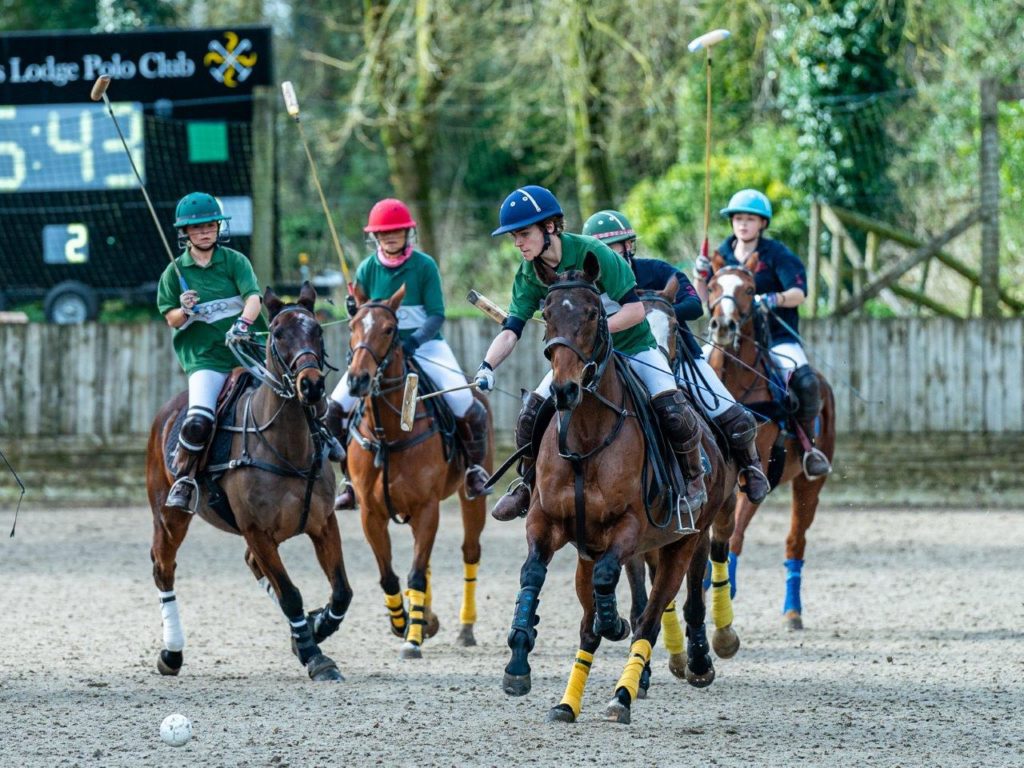