This weekend was the finale of our Druids Winter League which has been running since the start of the new year. Teams came together to play for the Renshaw Trophy, the last club tournament of this arena season.

Sunday was a day of mixed weather, blustery showers interspersed with some bright sunshine, and first into the arena were Golden Seas and Polo Moves for the final. A storming first chukka for Dylan Kalis put Drybrook firmly ahead, a lead which the maintained right up until chukka 4. A goal by Hannah Parry Jones from outside the 25 at the start of the final chukka suddenly drew Polo Moves level and a tense few minutes followed before Golden Seas managed to slot another one between the posts and the final score was Golden Seas 13 to Polo Moves 12.  The subsidiary final followed between Frontier and Drybrook, another close game but Drybrook edged ahead in the last, the score 14-13 in their favour at the final bell.

During the prize giving the Chatanooga Salver was awarded to Drybrook who had been unbeaten in the league stages of the tournament. Many thanks to all teams for taking part and for helping to make this league such a success. 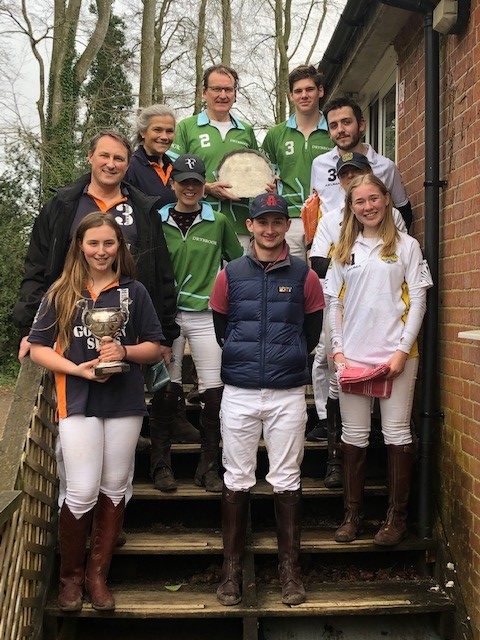