Over a rather wet and windy December weekend four teams took to the arena to battle it out for the 8 goal Afon House Trophy.

On Saturday in the semi-finals Fairhaven came up against Frontier and after a close  start they took a commanding lead in the third chukka, eventually running out the winners 17-13. Mace then took on EGF Polo in a highly competitive game where EGF took an early lead and Mace never quite caught them, the score at the end 15-13.

This brings us to Sunday, and a slight break in the weather, we kicked off with the final, Fairhaven vs EGF Polo. Fairhaven were taking no prisoners! A fierce flurry of three goals from Fairhaven’s Harold Hodges at the start set the tone for the match and EGF were chasing throughout. The finished the first half only a goal behind but Fairhaven increased their lead in chukkas two and three, ahead 22 – 16 on the final bell. The subsidiary final was Ormerod vs. Ormerod with brothers Eden and Robin both out to show what they’re made of. Mace snuck ahead in chukka two and there they stayed, despite a impressive comeback from Frontier in chukka 4. The final score was Mace 18, Frontier 15.

Many thanks to our sponsors, Afon House Chiropractic Clinic, and to our photographer Michael Berkeley. The next 8 goal at Druids will be the Watersfield Trophy from 19th – 27th January. 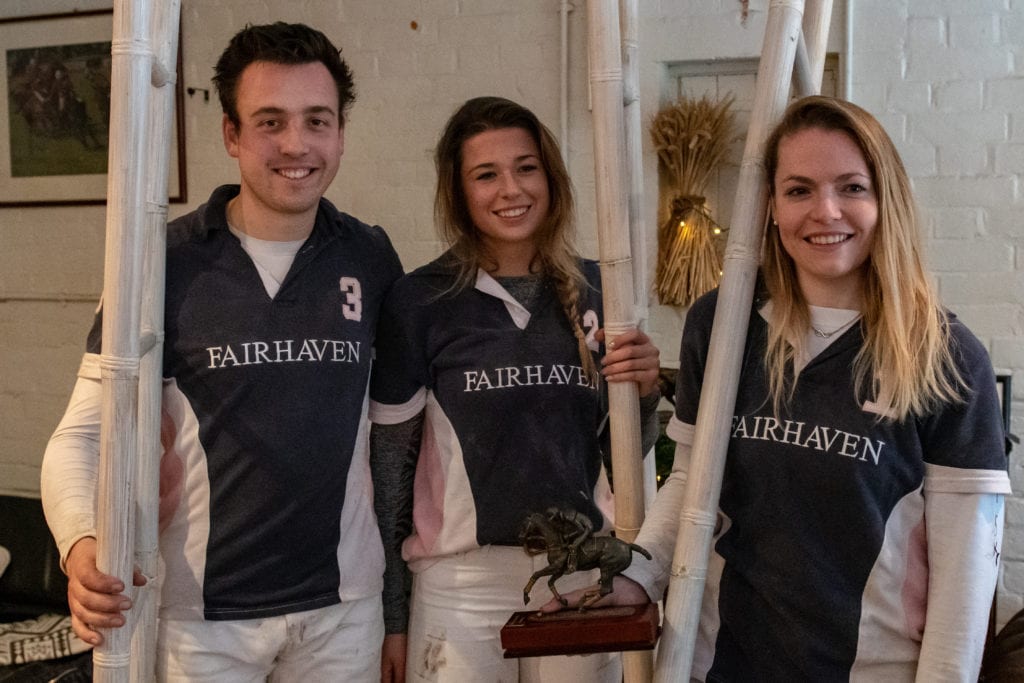